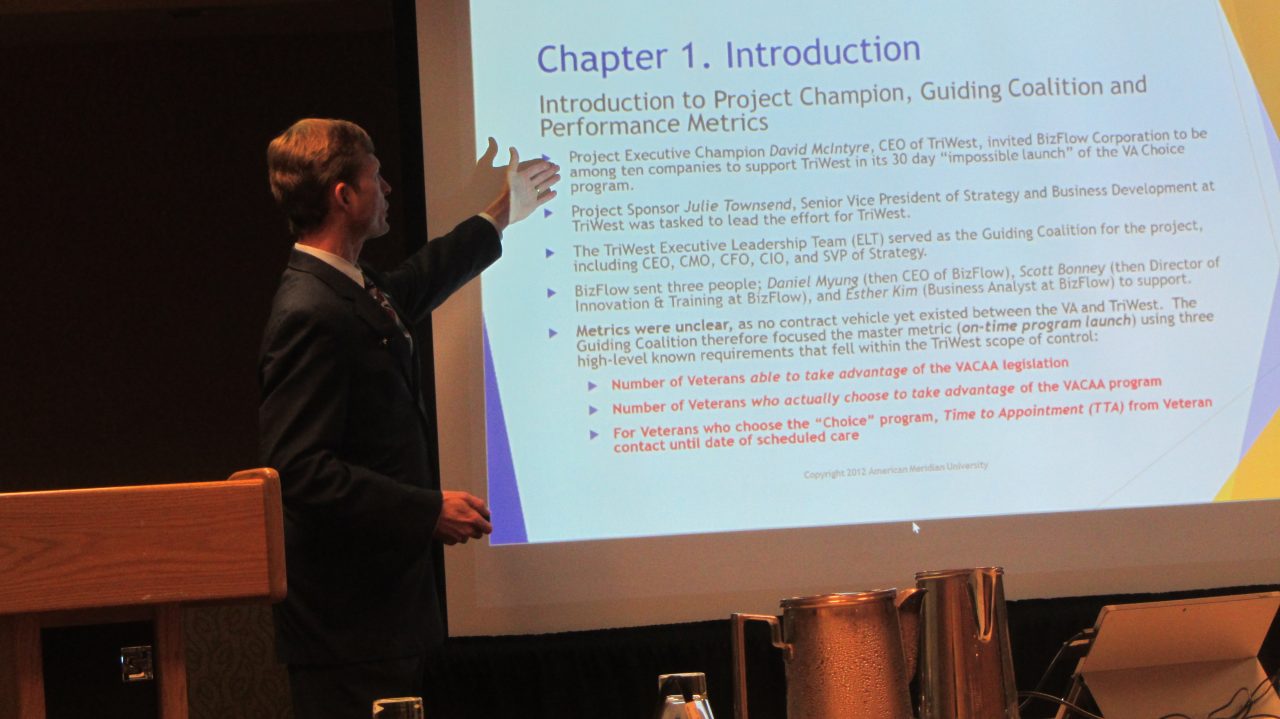 All AMU Degree Programs culminate in real-life, actual Projects completed at student employers or  Project sponsors. Projects are measurable improvements in specific process which employers or sponsors designate as a priority.  Projects help students demonstrate they have acquired or enhanced knowledge, skills and competencies while earning degrees.  Projects are completed individually, as teams, or in cohort groups during the course of the student Program. Projects must achieve measurable, tangible, and financial results as a prerequisite for student graduation. AMU alumni report overwhelming success in Project completion through the expertise of Faculty, the family-like collaboration of the AMU student body, and the constant encouragement and support of the student employers and Project sponsors.